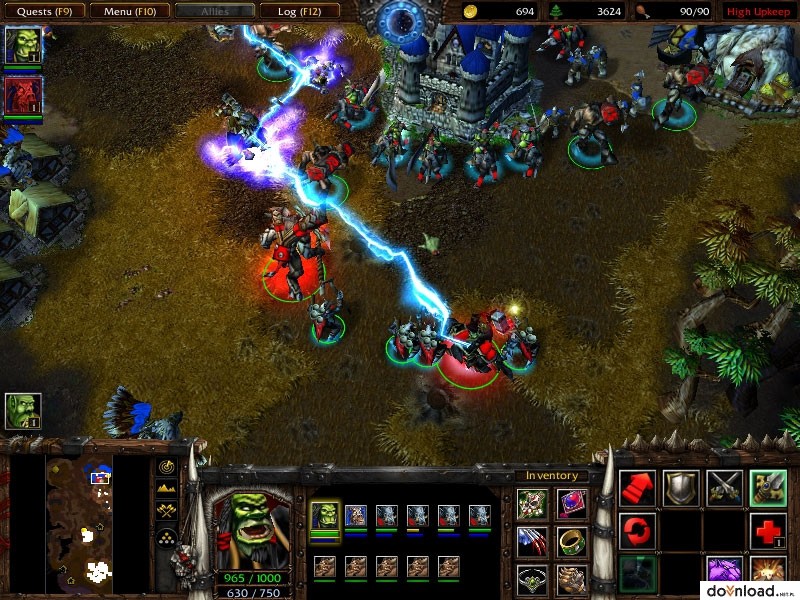 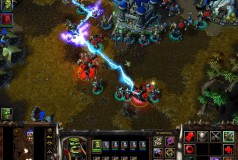 FEATURES - There is now a replay auto-save feature in the options menu. Replays are automatically saved to the "replay" folder. - The game is now automatically saved in the event of a potential disconnect. These saved games are placed in the "save" folder. - Player color selection can now be limited by the number of players in the game using an option in the "Advanced Options" screen during game creation. - Added an option to always show unit and building health bars. - You can now enable and disable the display of minimap signals from players and other observers using chat commands: /showminimapsignals and /hideminimapsignals. - Added a new in-game cheat "maxfps" to limit the maximum frame rate to the given number. Example: "maxfps 30" will set the maximum frame rate to 30 FPS. BALANCE CHANGES HUMAN - Scout Tower repair rate changed from 12 to 20. - Knight damage increased: Attack cooldown changed from 1.50 to 1.40 and base damage increased from 25 to 28 (Average damage is 34). UNDEAD - Increased Ziggurat base armor from 1 to 5. - Reduced the build time of the Necropolis from 120 to 100. NIGHT ELF - Reduce the Orb of venom poison duration from 10 seconds to 8 seconds. - Increase the experience gain from Dryads from Level 2 (40xp) to Level 3 (60 xp). FIXES - The cooldown on unlimited usable items (example: the staff of preservation) now persists after the item is dropped or traded. - A cooldown exploit with potions has been fixed. - When you unburrow a Crypt Fiend, its auto-cast will no longer be toggled off. - An exploit bug in which items could lose their cooldowns when transferred between heroes has been fixed. - Fixed DotA-specific sound effects on Intel Macs. - Fixed sound falloff on Intel Macs. Distant sounds should now still be audible. MAPS - New maps from contest winners: - (2)MeltingValley - (2)RoadToStratholme - (4)CentaurGrove - (4)TidewaterGlades